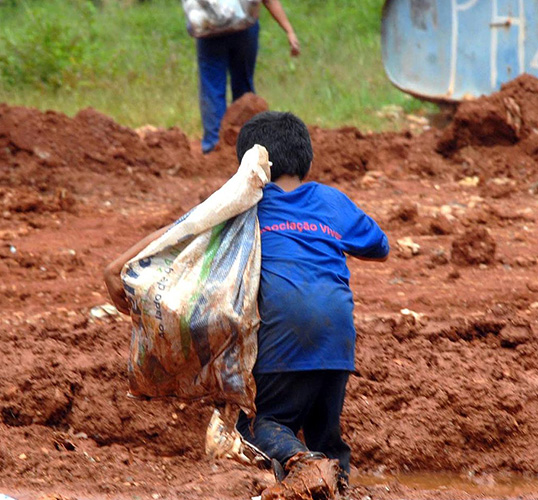 Millions of people are being pushed closer to destitution by factors beyond their control in the Horn of Africa.

An estimated 10 million people across the Horn of Africa are facing a severe food crisis following a prolonged drought in the region, with child malnutrition rates in some areas twice the emergency threshold amid high food prices that have left families desperate, the United Nations reported.

In some areas of Djibouti, Ethiopia, Kenya, Somalia, Ethiopia and Uganda, drought conditions are the worst in 60 years, the UN Office for the Coordination of Humanitarian Affairs (OCHA) said in an update.

Almost half the of children arriving in refugees camps in Ethiopia from southern Somalia are malnourished, while 11 districts in Kenya have reported malnutrition rates above the 15 per cent emergency threshold. Supplementary and therapeutic feeding programmes are struggling to keep pace with the rising needs, according to OCHA.

Drought-related displacement and refugee flows are on the rise, with an average of 15,000 Somalis arriving in Kenya and Ethiopia every month this year seeking assistance.

“While conflict has been a fact of life for them for years, it is the drought that has taken them to breaking point. Many have walked for days, are exhausted, in poor health, desperate for food and water, and arriving in a worse condition than usual,” according to the OCHA update on the drought situation in the region.

The influx of Somalis into refugee camps in the Dadaab area of Kenya’s North-Eastern province – the largest refugee settlement in the world – has led to worsening overcrowding amid limited resources.

The drought has forced children out of school as both human and livestock diseases spread. Competition for the meagre resources is causing tensions among communities.

The price of grain in drought-affected areas of Kenya is 30 to 80 per cent more than the five-year average, according to OCHA, while in Ethiopia, the consumer price index for food increased by almost 41 per cent last month. Further food price hikes area expected in Ethiopia, Kenya, Uganda and Somalia, but could ease after the next harvests expected later this year.

OCHA called for the scaling up of the emergency response in all affected areas, urging governments, donors and relief agencies step up efforts to prevent further deterioration.

Further funding is also required to enable humanitarian agencies to provide the necessary assistance. UN agencies and the partners this year requested $529 million for Somalia, but only 50 per cent of that amount has been received.

In Kenya, where $525 million is required, about 54 per cent of that money has been obtained so far. The appeal for Djibouti is for $39 million, but only 30 per cent has been received.

You can Send Jerry Cans, Tents, Utensils, Mosquito Nets, Clothing,Food stuff thin Blankets and Medicines,first aid kits or any thing usable through DHL/FEDEX or freight forwarders to the Project Liaison Office to be distributed in relief camps and areas.

Together To Help The World Better !

Help us change lives around the world